Paulig’s venture arm PINC has invested in Swiss start-up MIRAI FOODS, which has raised EUR 2 million in seed funding to prepare the commercialization of cultivated meat. As a sustainability frontrunner, Paulig is actively developing a food culture that promotes the well-being of people and the planet. The investment in MIRAI FOODS supports this development.

MIRAI FOODS cultivates animal cells in the lab to grow real meat and the company is one of the very few globally operating cultivated meat players that does not genetically or chemically manipulate cells. In total, seven investors participated in the funding, ranging from family offices and mission-aligned individuals to high tech venture capital funds.

“We are proud to have such a strong and diverse pool of investors aboard for this journey,” says Christoph Mayr, MIRAI co-founder and CEO. “Paulig has extensive experience in the food industry and, therefore, they are an ideal partner for product development and distribution,” he continues.

“MIRAI FOODS is a second-generation player in this field, and they have been extremely fast,” says Marika King, Head of Paulig’s venture arm PINC. “It only took them six months to develop the first prototype and we are very excited to be part of this team’s journey. It is a great fit for PINC and Paulig; we want to actively support the development of new sustainable food.”

A solution to the most threatening health and sustainability challenges

The traditional meat industry poses many challenges for a sustainable planet. It uses around 70-80%* of arable land and contributes to around 15%** of human-induced greenhouse gas emissions.

“Our mission is to accelerate the world's transition to producing food that is environmentally, ethically and economically sustainable,” says Christoph Mayr. “And we want to do it as cleanly and naturally as possible since this is important to many consumers and regulators, particularly in Europe.”

The benefits of cultivated meat also include controlling the composition of fatty acids and fat levels as well as the elimination of the use of antibiotics.

Paulig has a tradition of focusing on plant-based food but innovative technologies open up new avenues. “It is not a question of plant versus animal. At Paulig, we see it is a new choice for consumers, let’s make sure that they get it,” says Marika King.

MIRAI is based in Zürich, Switzerland, and focuses primarily on Wagyu beef. The funding will be used to accelerate product development of its slaughter-free meat and transform their prototype into a commercial product.

PINC is Paulig’s venture arm for investments in early stage start-ups in and around the future of food. The objective of PINC is to help Paulig renew itself and prosper as well as contribute to a tastier and more sustainable planet.

At the end of 2019, MIRAI was established in the Canton of Zürich, Switzerland. A team of seven people works on making the vision of producing cultivated meat a reality. The company is developing its first commercial products. MIRAI does not rely on the genetic or chemical manipulation of cells. 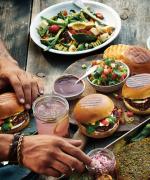 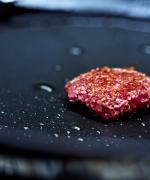 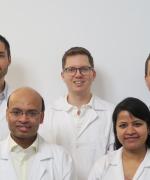 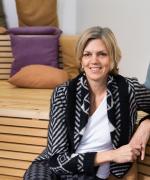