In keeping with tradition, Helsinki Coffee Festival handed out awards to the best coffee industry operators last weekend. In the competition, our Coffee Ambassador Iinaroosa Kanth, passing on and renewing the tradition of Paula of Paulig, ranked second as the coffee influencer of the year. The voting was conducted online and the Helsinki Coffee Festival Event was cancelled this year due to the coronavirus pandemic. 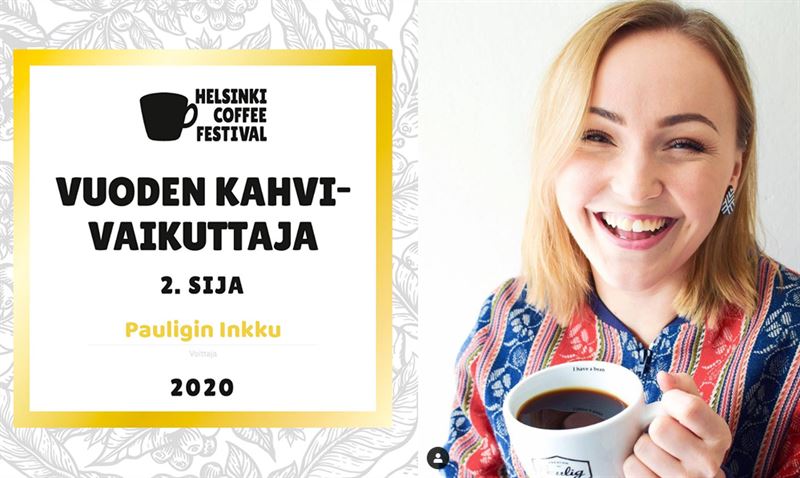 Helsinki Coffee Festival organised the vote on their website in spring 2020. In all, approximately 5,000 votes were cast. The winners of 2020 are: the Best Roastery in Finland: Lehmus Roastery, the Best Café in Finland: Satamatie 6 and the Coffee Influencer of the Year: Arttu Muukkonen, the founder of the Lehmus Roastery.

“Even though Helsinki Coffee Festival was cancelled because of the coronavirus situation, the event is alive on our social media channels. We wanted to organise the voting on the weekend of the event and in future we will also organise other activities on our channels to the extent that is possible. It has been great to see that people have voted actively for the best roastery and café in Finland as well as the coffee influencer of the year,” says Maija Kestilä, one of the founders of Helsinki Coffee Festival.

As a Coffee Ambassador, Paulig’s Inkku has promoted and renewed the role of the ambassador and coffee culture through facts but also on an emotional level. With a Master’s degree in Food Sciences, knowing coffee and its subtle nuances and talking about them has been interesting for her. On the other hand, Paulig’s values arising from its family ownership are close to her heart, too, since she comes from a family of seven. Paulig’s Inkku is an approachable Coffee Ambassador who talks about the daily things present in the lives of coffee lovers. She has introduced her own fresh and personal touch to the Finnish coffee culture.

“In addition to coffee and phenomena related to coffee, I like to raise Paulig’s fantastic story of how a family-owned company can grow into an international food industry company. I’m also happy to be part of the history of Paulig’s Coffee Ambassadors. Coffee Ambassadors have been building Finnish coffee culture since 1950,” says Paulig’s Inkku, sending her love to all who voted for her. 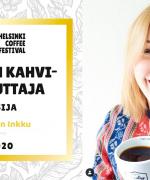