On the 7th of September Paulig managed to arrange the world’s largest coffee tasting event in Moscow, Russia with 2133 participants! A new Guinness World Records title is now officially held by Paulig.

Paulig made about 300 liters of coffee for the event which was held during Moscow City Day at VDNH. All the participants could taste three varieties of Paulig coffee, with the assistance of professional barista Dmitry Korsakov, they tried Paulig Presidentti Original, Paulig Presidentti Gold Label and had a chance to taste the novelty – Paulig Café Moscow.

The previous world record belonged to the Colombian city of Chinchina, where there were about 1500 people who tasted coffee at the same time.

Paulig managed to set a new record with the help of 2133 coffee lovers, the tasting was held with the participation of the official Guinness World Records representative. Now the world’s largest coffee tasting event record is owned by Paulig! 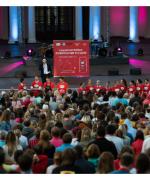 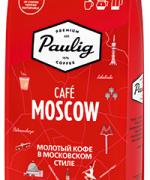