Paulig’s venture arm PINC has invested in Swedish start-up For Real! Foods, a company producing healthier frozen pizza. The investment complements Paulig’s aim to develop a food culture that enables the well-being of people and the planet. 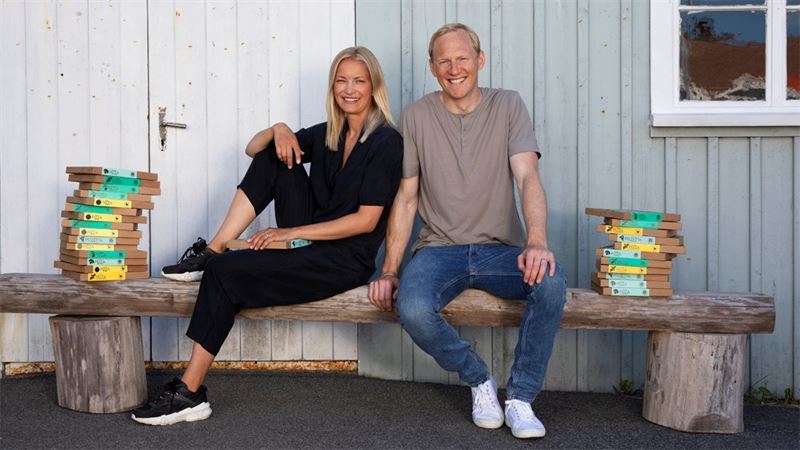 For Real! Foods produces nutrient rich frozen foods and taps into a global trend of natural, sustainable and convenient meals. Their first concept is a frozen pizza, primarily with bases made of locally grown cabbage. By replacing grains and additives with 100% natural ingredients, the result is a unique product which is gluten free, low carb and rich in protein. It also contains more fiber and micronutrients and less salt than regular pizza.

“For Real! Foods has succeeded with the art of creating a nutritious alternative to one of the most indulgent meals we have: pizza. Many people are looking for options to fast food and snacks that are both gluten free, locally sourced and without additives – and now they have a really tasty one! In addition, the team has several new products in the pipeline so we are very excited to be part of this journey”, says Marika King, Head of Paulig’s venture arm PINC.

For Real! Foods started in 2020 and launched its first products in the same year. They are now increasingly being sold at Swedish food retailers, online platforms and through food service – and only a year after the launch, the company is taking in investors to be able to cater for the growing demand.

“We are happy to get such a great team of investors on board”, say Daniel and Kristin Nowak, co-founders of For Real! Foods. “With this investment we can seriously scale up the production and sales & marketing efforts, both in Sweden and in the Nordics, as well as secure the launch of new products.”

“This is the future! People are changing eating habits and want healthier foods in their lives, including access to nutritious fast foods for busy days”, says Maria Borelius, science journalist and best-selling author who is investing alongside her pod cast co-producer Carina Nunstedt, well-known media entrepreneur.

PINC led the seed round of EUR 850k. Other investors include Christer Ridderheim – the founder of Ridderheims delikatesser, Hans Johansson – serial entrepreneur and founder of Semcon and Vinngroup and Njord Ventures.

For Real! Foods in brief
For Real! Foods is a challenger in the frozen fast-food industry in the Nordics. The company was founded 2020 in Skärhamn, Sweden and aims to convert traditional, frozen indulgence food products to healthier options by using natural and nutrient dense ingredients. The products meet consumer expectations for locally grown and farmed produce as well as natural food with no additives. Unlike traditional pizzas, the pizzas are suitable also for gluten intolerant people. Products are sold in food retail stores, Mathem.se and at forrealfoods.se.
www.forrealfoods.com

PINC in brief
PINC is Paulig’s venture arm for investments in early stage start-ups in and around the future of food. The objective of PINC is to help Paulig renew itself and prosper as well as contribute to a tastier and more sustainable planet.
www.pauliggroup.com/pinc-future-of-taste

About Paulig
Paulig is a family-owned food and beverage company, growing a new, sustainable food culture – one that is good for both people and the planet. Paulig provides all things tasty; coffees and beverages, Tex Mex and spices, snacks and plant-based choices. The company's brands are Paulig, Santa Maria, Risenta, Gold&Green, Poco Loco and Liven. Paulig’s sales amounted to EUR 920 million in 2020. The company has 2,400 passionate employees in 14 different countries working around the purpose For a life full of flavour.
www.pauliggroup.com 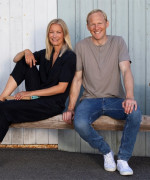 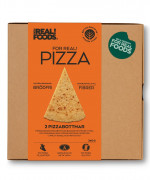 Paulig invests in EvodiaBio, a bio-industrial company that reinvents the production of natural aromas