More than one-sixth of all tortilla chips and wraps produced at the Paulig production sites in Belgium are now produced using on-site generated green electricity. The green power is generated by 1,900 solar panels on the roof of the production buildings and an on-site windmill. The remaining green electricity needed for production is continuing to be purchased from the grid.

"Since 2020, we exclusively use green electricity for our production sites in Roeselare, Belgium. As a company, we need to take responsibility in the energy transition. The fact that we now generate about 17% of the green power needed for our production and warehousing activities ourselves by using solar and wind energy is a step in the right direction," says Arnauld Demoulin, SVP BA Customer Brands at Paulig.
The solar panels and windmill together account for about 5,150 Mwh of green electricity annually, or about 2 months of energy consumption of the Belgian production sites.
"In achieving sustainability, we need to act. Only by combining large and smaller steps towards more sustainability can we achieve our goals," explains Lea Rankinen, Director, Sustainability & Public Affairs at Paulig.


"In food industry, we have an important role to play in terms of sustainability. Paulig's ambitious sustainability goals are based on the UN's global sustainable development goals and have been endorsed by the Science Based Targets initiative. On the climate front, our targets are in line with the ambition of limiting global warming to a maximum of 1.5°C. We aim to reduce greenhouse gas emissions from our own activities by 80% by 2030 compared to 2018," says Arnauld Demoulin.

One important step in this is Paulig's ambition to make all of its ten production sites in six countries carbon neutral by the end of 2023. Six sites in Finland, Sweden and the UK have already obtained the CarbonNeutral® certification.

Paulig currently has two production sites in Roeselare for Poco Loco and Santa Maria tortilla chips and wraps. From its own high-bay warehouse, these products are distributed to customers in retail and foodservice throughout Europe. The company is building a third production site for tortillas, which will be carbon neutral from the start later in spring this year. The other production sites will follow by the end of 2023. A major challenge in this is the limited availability of biogas on the Belgian energy market and different possibilities to tackle this are now being studied.

At present, the production plants in Roeselare employ about 750 people and the expansion with the new plant creates additional employment for some 50 people, mainly operators, technicians, team leaders and warehouse workers. All open vacancies can be found on www.pocoloco.be/jobs 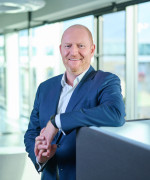 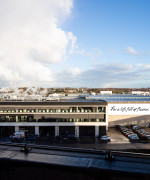 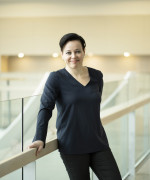