Inaugurations usually mean red carpets. But in true Risenta spirit, the carpet was of course yellow this past Friday, when employees at Paulig’s Mölndal factory in Sweden celebrated the start of the Risenta production. 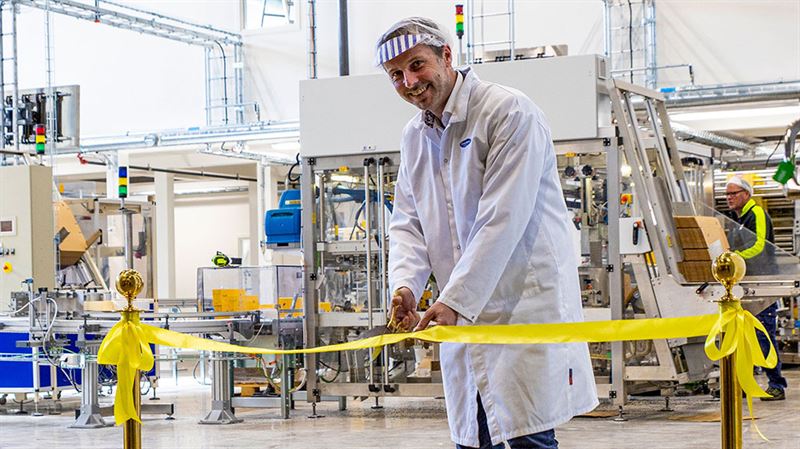 The "spice factory", that Paulig’s factory in Mölndal has always been called, needs a change of name. Because in addition to Santa Maria spices, around a hundred Risenta items, like muesli, lentils, seeds, beans and flour in different packaging formats, will from now on be produced here.
Black Beluga lenses and pine nuts were the first products produced.

- It was really cool to see the first Risenta product being produced here and I want to thank everyone involved in the project. They have done a fantastic job and despite unexpected circumstances such as the Corona crisis, we have with their dedicated work kept the time schedule and can celebrate together today, says Tobias Gill, Factory Manager at Paulig’s factory in Mölndal.

10 operators will work with the Risenta production

10 operators, including 8 new employees, will work with the Risenta production. One of them is Carola Karlsson, who looks forward to get started with the production:

- I think it will be exciting to now start working with the new production lines after we have been trained by our colleagues in Rotebro, where the Risenta range has been produced until now.

Now the employees are preparing for a hectic time in the factory. After the summer, several Risenta products are to be relaunched, with new packaging design, less plastic and even better content.

- The great thing is that Risenta, a brand that turns 80 this year, is more relevant than ever. With healthy  and plant-based products that are 100% climate-compensated, the range is fully in line with our sustainability ambitions, says Henrik Samuelson, SVP BA ScaCE.

Risenta's range was previously produced and stored at Paulig’s factory site in Rotebro outside Stockholm. However, when Paulig saw a need for large investments in the Rotebro plant, while there was spare capacity in Mölndal, the decision was made to move.

- An extraordinary job has been done to succeed with the move and I not only want to highlight the fantastic efforts of our employees in the Mölndal factory and in our warehouses in Mölnlycke and Kungsbacka, but also to pay tribute to our employees in Rotebro, who despite the fact that their workplace is closing down has been extremely loyal and committed to making the move as successful as possible. It is truly admirable, says Henrik Samuelson. 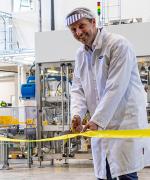